Home News Eurovision - 2017. Behind the scenes.

It is widely known that the majority of Ukrainians were skeptical about the fact that Eurovision - 2017 song contest was to be held in Ukraine (false statement/lack of evidence). Many Ukrainian mass-media outlets discussed the subpar preparation procedures and doubted the overall successfulness of the project. Fortunately, the Impel Griffin team had an opportunity to observe the said process from the inside, witness the hard work of professional, and take a part in this historical event. Ukraine utilized yet another opportunity to show the European countries and the sceptics that it has what it takes to hold such large-scale events and to do so at a high level of quality.

Today, as the emotions have sunk in, it is high time to draw conclusions and analyze the work done by a hundred, whose job does not have much of the media coverage. 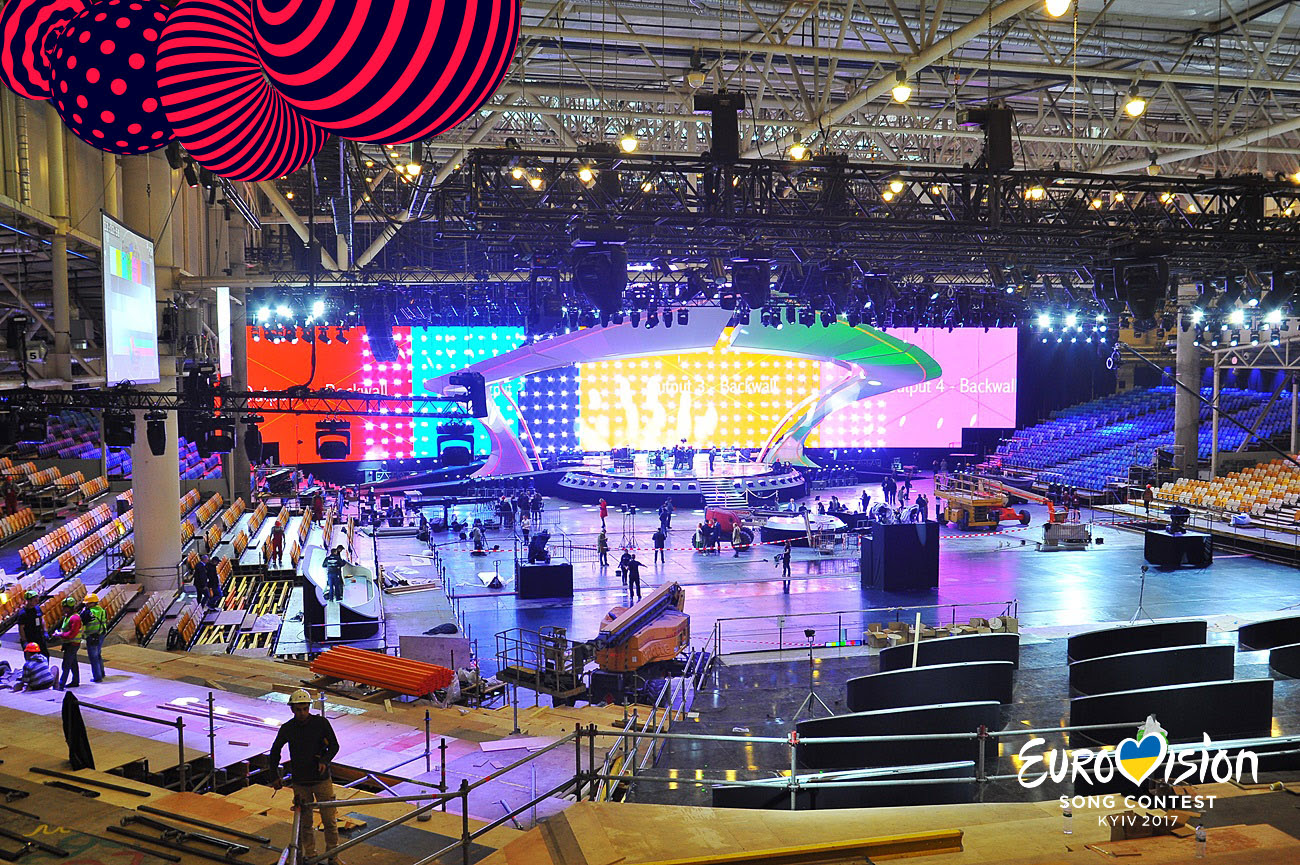 We addressed out questions to the director of Impel Griffin Central Region (office), Olexiy Voronov.

-          Hello, Olexiy. It is been two months since the Eurovision – 2017 has concluded. You and your team had an honor to participate in the preparations. Please do tell, how did you manage to get this contract? What services you were supposed to provide according to the contract? Were there any fears or concerns related to the fact that this contest was closely followed by (European commissions) journalists and general public, known for expressing their skepticism towards the government, contest organizers, and service providers?

-          Good day to you. In April of 2017, the National Public Broadcasting Company of Ukraine announced a tender in the national online procurement system called ProZorro. According to the results of the competition, Impel Griffin was announced a winner, as we offered the best price among the competitors. Preparations of the required documentation were very scrupulous and sometimes had a creative touch. It is noteworthy, that not only the price we offered was a critical factor to our victory. Our successful experience with providing services to the Euro-2012 was also an important factor. According to the contract we signed with UA: PBC, we were contracted to provide maintenance and support of technological processes via providing temporary workers throughout the period of the song contest, namely movers, people who set up the stage, mounted lighting devices, columns, sound and video equipment. Almost every construction at the IEC was built with our direct participation. One week later, we also won the tender on the provision of waste management services at the IEC. I have to admit that we started preparing to this competition before the tender was announced – we monitored the tender platform, developed a presentation of our projects implementation, and produced a unique offer in special workgroups. From the get-go, we knew that our experience would be a supportive factor and hope for the victory.

Eurovision-2017 was indeed a big project for us from every perspective: good advertisement, successful case, and of course, substantial reputational risks on the other hand. We realized that in case we provide the low-quality services the media will go hard on us. So from the day one we decided to focus on perfect performance and open cooperation with both media and general public. We openly discussed things like difficulties and accomplishments, the budget of the tender proposal, workers’ salaries, and other details. We made it clear that we have nothing to hide and we will gladly share the details regarding how we progress with our work. It made a positive impact on our publicity and the publicity of UA: PBC. 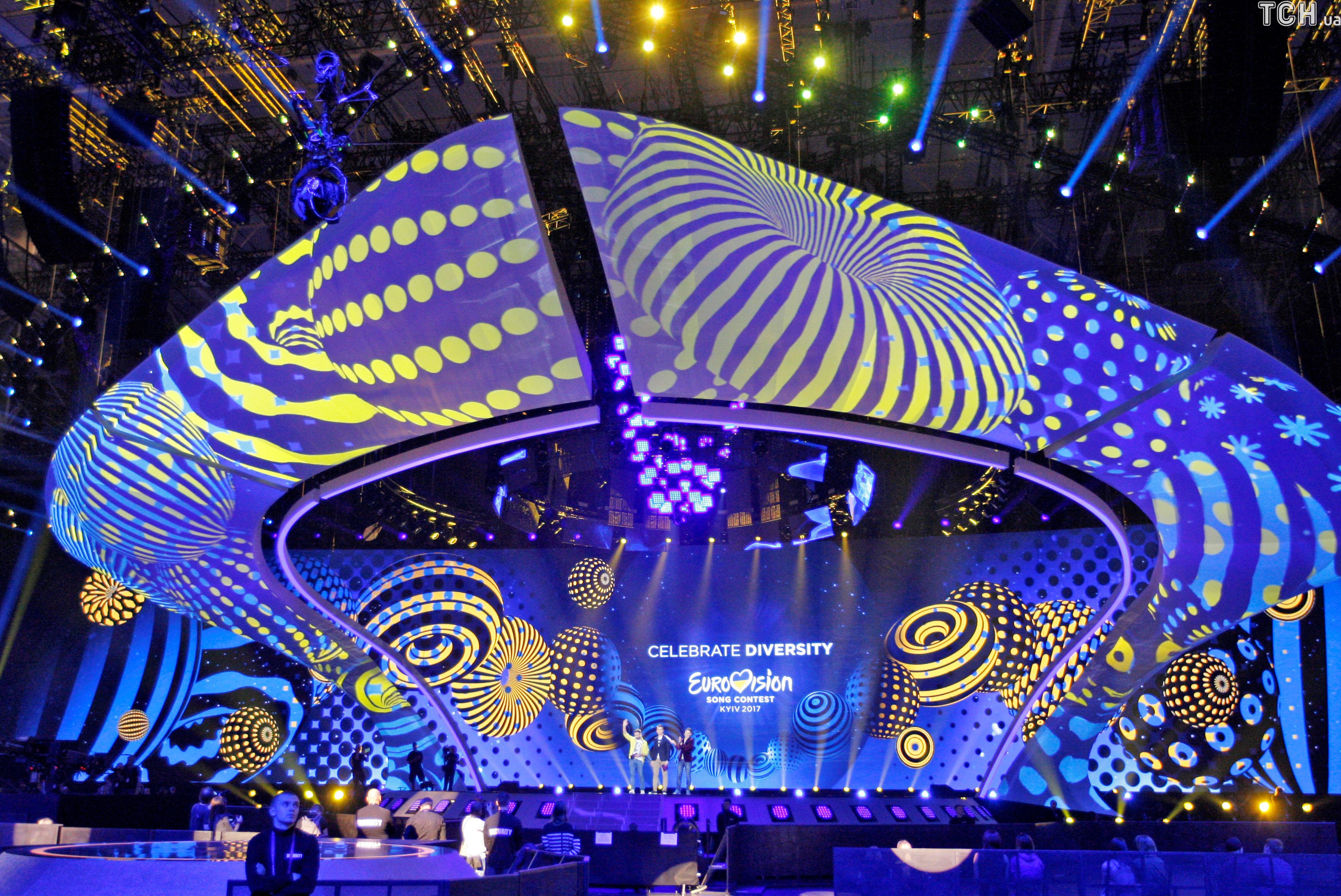 -          Thank you, Olexiy. UA: PBC published the tender early in April, and the competition started in the first decade of May. Let me ask you this: how exactly did you make it possible to launch the project under the press of time? How much time did it take to get fully prepared? How many people there were involved at the project prep stage? Did you come across any complication?

-          The official procurement procedure started with a substantial delay, so we had to start the preparation the very same day the UA: PBC announced us the winners. We started working three days later, in fact, before the parties officially signed the agreement. This kind of precipitance is not really a part of our company style, but we made a decision to stand for the reputation of the country and the client. We started the work earlier than we initially agreed to with the customer; otherwise, the projects could have been rendered a no-go from the start. We signed the contract according to the current legislature right after the project started.

Of course, there were complications. As you have already mentioned, deadline was the issue. Our specialists kept recruiting people daily and nightly, no weekends, holidays, or days off. Over 120 people started working on the stage construction the very first week. 150 to 200 technical staff worked daily. There definitely were translation difficulties. The majority of managers who were responsible for the stage set-up were foreign professionals; therefore, we were in a dire need of people who had some knowledge of English technical vocabulary. An English-speaking foreman is still a rare find in Ukraine. However, our recruiting department took perfect care of it. I am thankful for the work they have done. It was hard in the beginning – the recruiting under the pressure of deadline, urgent assembly of a working group on the job safety training, enormous amount of paperwork, and other factors. There sometimes were completely unforeseen situations. For examrle, we were expecting 24 trucks to deliver the equipment on a certain day, but the trucks arrived to the spot one hour before the end of the shift. We had to form new crews and discuss the shifts with the workers. We managed to solve it in most comfortable way for all parties. These force majeure situations helped us bond and build not only business but also friendly relations with our customer and international stakeholders.

-          How you selected your staff? Were there any special selection criteria?

-          There were two stages of selection process. After the paperwork was processed, we allowed the employee to start their job. We invited employees to our head office. Recruiting department made sure the employees were trustworthy people with good interpersonal qualities. Further on, employees’ personal data was sent to the UA: PBC security department (with employees’ consent), where the potential employees had to complete the last stage of getting their accreditation.

-          I understand that it was very hard to hire so many people in such a short time. How did you manage it? Did you have to involve extra recruiters?

-          I will be honest with you – it was hard. Not only hard from the operational point of view, but also from the budget standpoint. During large-scale events in Kyiv, there are many open vacancies on online job-search resources. First and foremost, it concerns temporary and technical workers. There are more vacancies than there are workers. People go after jobs that pay off better. We did not involve additional recruiters, as recruitment is one of our primary company services and we have extensive outstaffing experience. We tried to utilize every method available to us: online job search resources, social networks, advertising on campuses and in rural areas. We made and I am glad we did.

-          Good job! Were your workers involved during the broadcasting of the event? If so, what did they do?

-          During the preparations and setting up the stage, we selected 35 best workers out of the hundreds involved in the project. We formed a crew responsible for ensuring that contestant have the required stage conditions. These workers were trained like “Formula-1” professionals and very responsible for rapid change of decorations, fast stage clean up after every performance, delivery of theatrical props to the stage, operating the visuals and lights – all under very specific time and space requirements. These people made the contest happen. 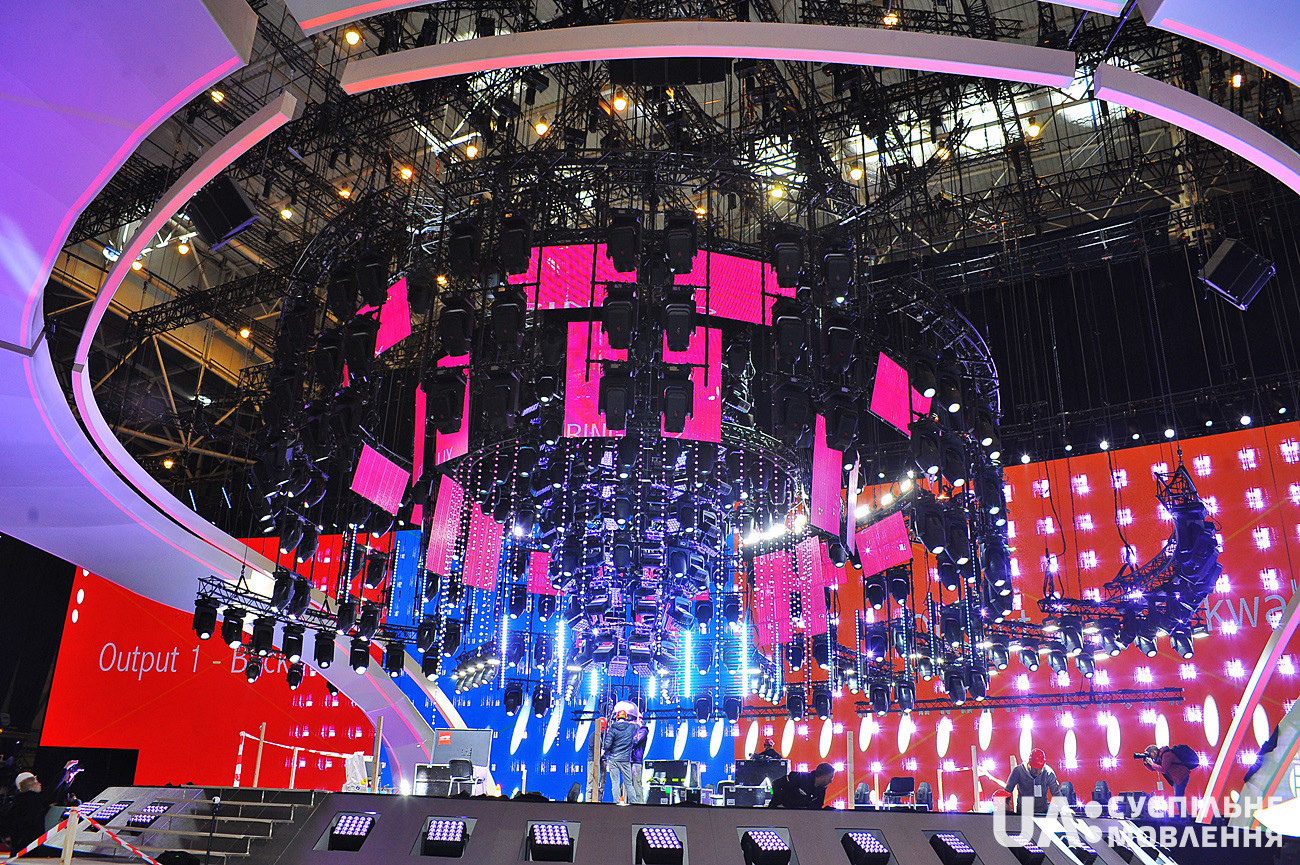 -         Were there any incident during the rehearsals and the broadcasting?

-          Please do share some numbers with me. What was the total amount of person-hours? Maybe there is some interesting statistic?

-          According to the two contracts we had, we were contracted to work a total of 3200 12-hour shifts. Work was going on daily and nightly. The number of people who applied was also incredible – over a thousand applicants showed up for the interviews. So people were there from first day of the project to the last, and some just came in during the peak workload hours, namely to assist with assembling and disassembling the stage.

-          How would you evaluate your cooperation with the customer? Did everything go smooth or there was some misunderstanding involved?

-          Experience with UA: PBC was very important for me personally, but this contract was not easy, I have to admit it. I have a very positive feeling about the way the project concluded. Despite the difficulties, the customer was very satisfied and thanked us for top-shelf services. We were both trying to understand each other in questionable moments, always ready to search for a compromise. Both parties knew it was a project of national importance, and it united us.

-          Looking back at the project and analyzing it, what would you mention in the first place? What was the most important experience?

-          You can pull off any project. All it takes is to build a trusting relationship with your client and to prove your professionalism in action. With a team of like-minded professionals, you can move a mountain. Nothing is impossible. This is a colossal heap of experience for me, and I will be glad to share it with my next clients. 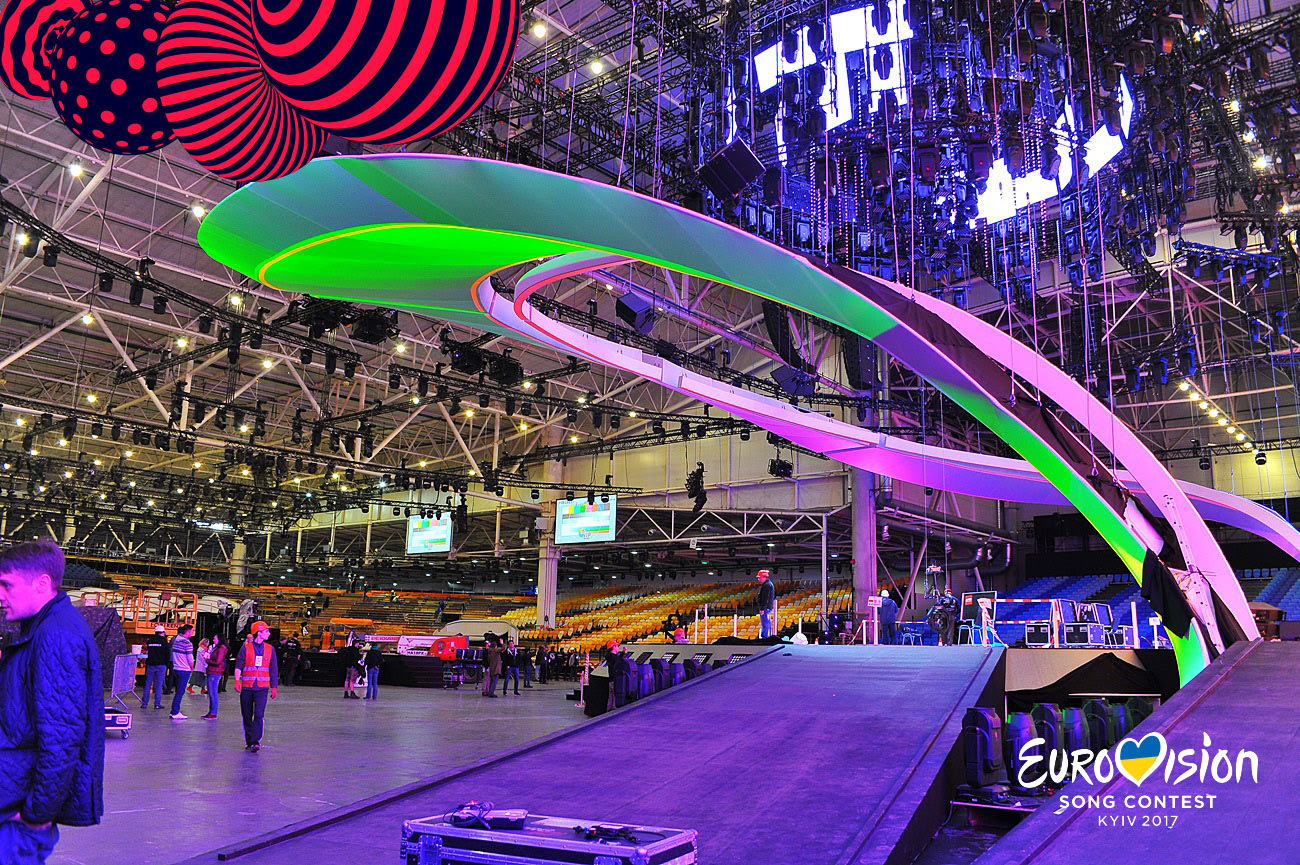 -          Honestly speaking – what does your team favor the most? Routine daily maintenance or a loud one-time project?

-          I undoubtedly fancy such projects. They keep us in shape. In addition, my team stands for it – they have never failed me, either it was a regular project like a bank or a supermarket, or the Eurovision-2017 contest.

-          I would like to thank all operational managers of Central Impel Griffin region. Even those who were not directly related to this project, were trying to save my time and took their duties at other objects very responsibly. I would like to thank Andrii Karp, the project manager from our side. He worked daily and nightly and due to his incredible dedication, everything went well. I want to thank the mass recruiting department, the worked extra hours and even during the weekends. Moreover, of course, big thanks goes to Olga Bondarenko, or state procurement manager. She was in touch with the customer since the very beginning, and she always looked for a best solution in hardest of situations. I also thank the entire Impel Griffin Team for support. Looking back, I feel happy about the amount of work we have done. I am happy with the result and proud of it.

This is how the Eurovision concluded for us. It would take much more time to tell all the details of this project, but concluding the story I want to say, that our country is ready for any project, and our people, those hard working people behind the curtains, are capable of incredible things. We should to be proud of them.